After 20 Years in Trends, Covid-19 Proves the Need for This One Thing 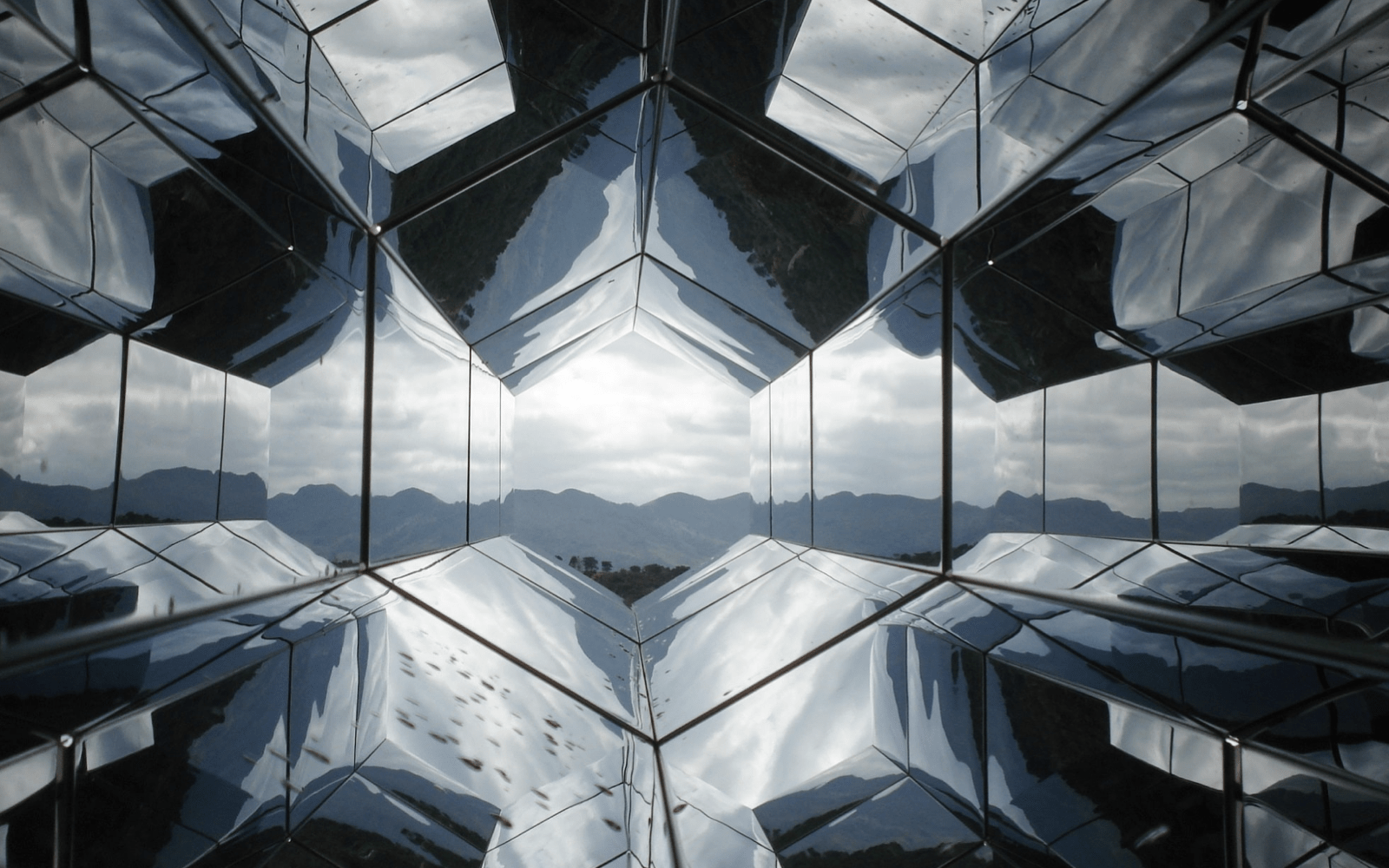 The pandemic is a life-altering event that will drive each of us to become Future Fluent, says Valerie Jacobs.

The first trends forecast I wrote was back in 2001, a few months after September 11th. I still remember every theme of that report, though back then, I was too young and too new at forecasting to grasp the full extent of the forces at play.

Six years later, I was leading my then-small Foresight team. It was 2007, and in the United States, the year of “bling-bling” culture, Juicy Couture jumpsuits and paparazzi-hungry celebutantes. Facebook was new. For many, sushi was new. The economy was roaring, and a new era of “attainable opulence” was taking shape. Despite all this, our team was spotting signals totally counter to what we saw around us. What we found were the signals of a downturn—a trend we titled Simplistic Slowdown. At the time, I knew no one would want to hear about it, let alone believe us, so we didn’t share it. But two months into 2008, it was clear that the recession was looming, and new social and cultural feelings were reaching a rapid simmer. Within weeks, we published our report.

If the pandemic has taught us anything, it’s that now is not the time for future fatigue.

Trends Speed Up & Slow Down

I’ve thought about these two events often as we wade through the new normal—the next normal, rather—of self-isolation and virtual living. Just before Covid-19 hit in early March, we had published our 2020 trends report, forecasting shifts like Conscious Deceleration, a desire to slow life way down (similar to 2008’s Simplistic Slowdown trend), and Body Neutrality, a step beyond body positivity that eschews our physical attributes. Suddenly, mere weeks after publishing our work, we were watching and waiting just like everyone else. And for us, wondering how the novel coronavirus would accelerate or decelerate any of these trends.

Some have slowed, but for the two I’ve mentioned, the pandemic has proven to be an accelerator, deepening their cultural relevance: Conscious Deceleration is now a Forced Deceleration (read: quarantine), and in the new culture of dressed-down Zoom calls, Body Neutrality reigns supreme.

Trends Reflect Where We’ve Been
& Where We’re Headed

I share all of this not to prove that certain forecasts were right or wrong, but to shed light on the nature of trends and the power of foresight. Yes, trends reflect who we are and who we want to become, but they also reveal where we’ve been and how we’ve navigated uncertainty in the past.

It may seem counterintuitive, but in a time when it can feel hard to face what’s right in front of us, it’s even more important to look to tomorrow—to develop what I call Future Fluency. If the pandemic has taught us anything, it’s that now is not the time for future fatigue. 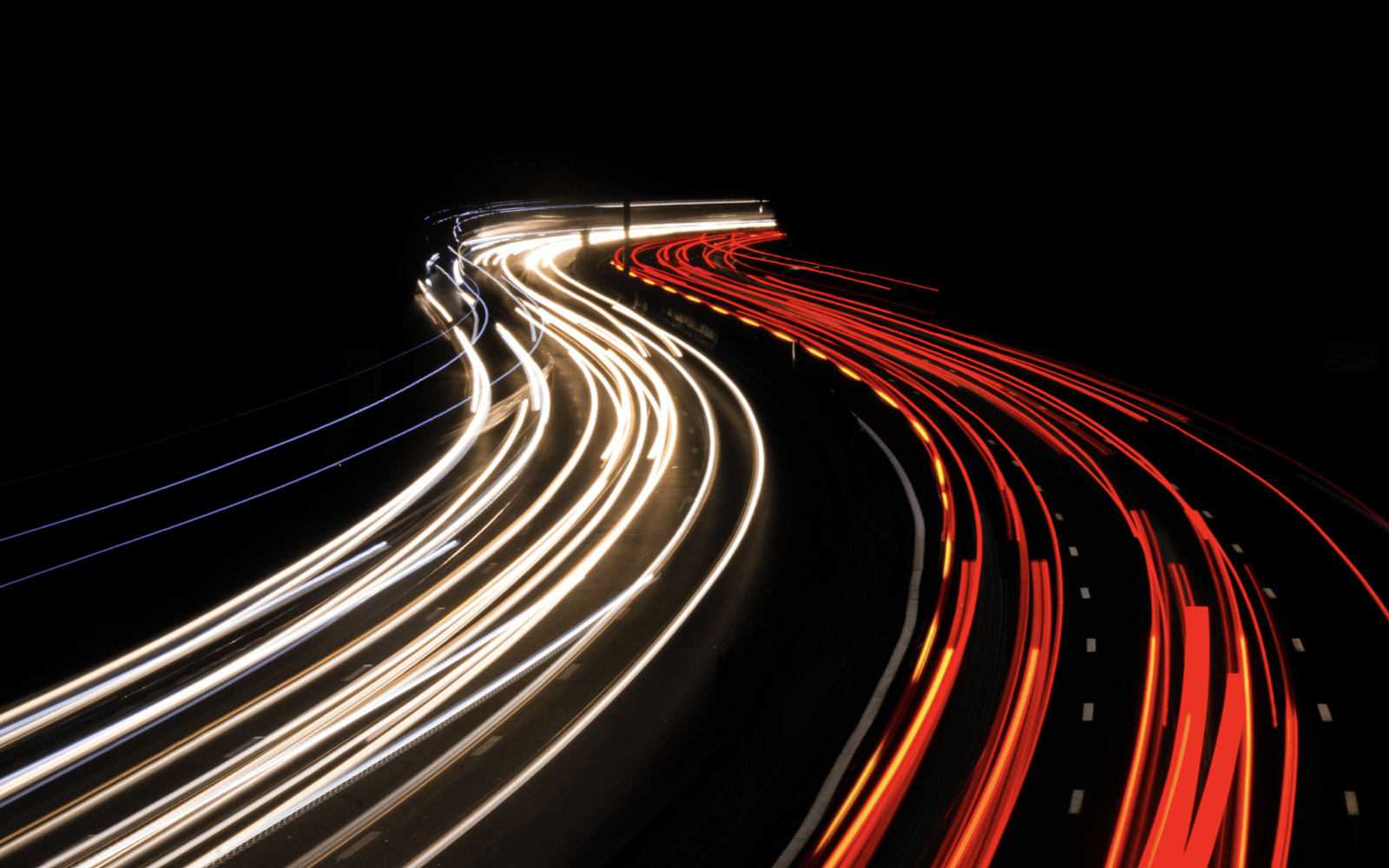 Take the crisis of September 2001, or October 2008, or March 2020: it’s one thing to spot the signals of an imminent change, but quite another to translate that potential future into strategic action for yourself, or your business. Herein lies the difference—and the powerful synergy—between trends and foresight, and what it means to be Future Fluent in today’s rapidly changing world.

To endure major disruption, we must immerse ourselves deeply in the forces of change, then examine the interrelated relationships of those forces. Because, as I’ve learned over my 20-year career in trends and foresight, nothing is as linear as we’d like to think.

Mark Twain said, “History doesn’t repeat itself, but it often rhymes.” While trends don’t arrive and exit in tidy cycles, they do cycle through with patterns we can learn from.

Remember when I said I remembered every word of my 2001 trends report? It was titled Sustenance & Continuance. The theme was spurred by the reaction to 9/11, as well as the changing notion of sustainability, which was moving beyond ecological and scientific circles to more mainstream academia, plus new sectors like design. The primary aspects of the report dealt with heightened feelings of protectionism, biomimicry and looking to nature for solutions and inspiration for resiliency. The trend captured the idea of the web of life and, at that time, our newfound connectedness via the world wide web. It was about the power of the web to show us our collective humanity and, finally, the power of one—the power of the individual to make a difference.

Thinking about trends as predictions that are either right or wrong is antithetical to the role they play.

I can’t help but sense a similarity to where we are today: a web of self-quarantined individuals, apart yet together, united in both fear and hope. These concepts feel as relevant now as they did 20 years ago. Here, the “rhyme,” if you will, is between 2001’s Sustenance & Continuance and today’s world—our maintenance of the things that sustain us and help us imagine continuity amidst Covid-19. This mirroring reminds us that we’ve been somewhere similar before, and it offers clues to how we might strategize and prepare for what’s next in the coronavirus crisis.

Trends Are About Preparedness,
Not Prediction

I often see people spending a lot of time working to “prove” if a given trend will ultimately come to fruition. But thinking about trends as predictions that are either right or wrong is antithetical to the role they play. When we help a business explore trends, it’s not about prediction, but preparedness: prioritizing how to act upon the information (foresight), versus getting bogged down in the information itself (trends). A business doesn’t need to be expert in the trends—leave that to the forecasters—but they should learn the skill of using trend information to better position themselves for the future.

Those who can flex their anticipation muscle already have a competitive advantage.

Moreover, businesses that are truly Future Fluent also envision the potential behaviors of their competitors, doing future-forward contingency planning that addresses multiple trajectories for a category. You’ll ultimately act on some, but simply “practice” for others. 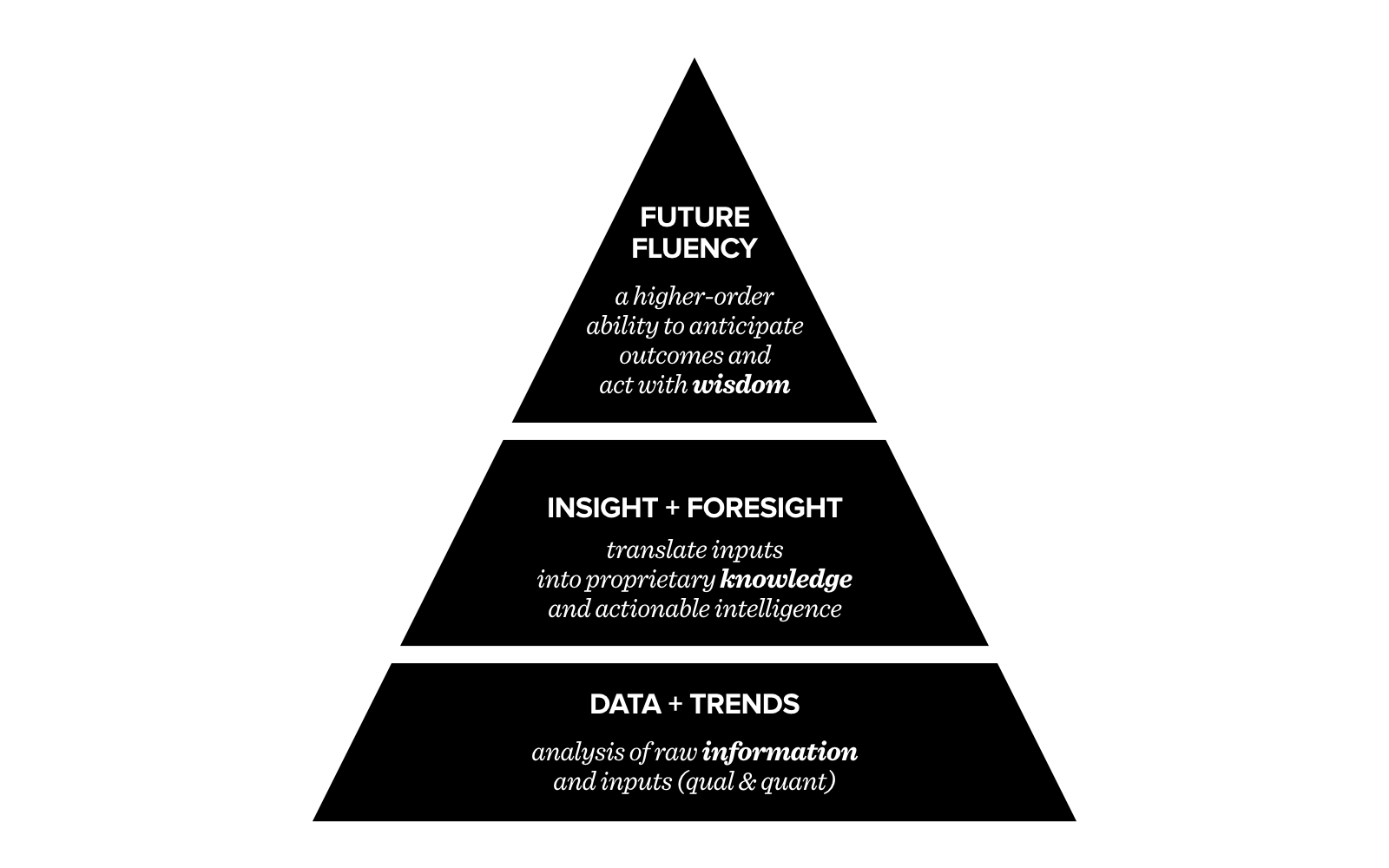 Some have penned books and manuscripts that eerily predict the global pandemic that is playing out right now, but it isn’t accurate prognostication that creates Future Fluency. The real skill is readiness for what life looks like—how people feel and function, how businesses operate—in this touchless world gripped by the coronavirus. Those who can flex their anticipation muscle already have a competitive advantage, able to not just embrace the future, but see themselves in it.

This kind of internalization and translation is what helps all of us—brands included—graduate from mere awareness of trends to powerful, decisive action on them.

It’s an unprecedented time in so many regards, but if the trends tell us anything, it’s that we move in cycles that ground us and remind us of the strategies we’ve taken before. But the rhyme reminds us that it’s not an exact repeat—that we need to examine other options. Other scenarios, other strategies, other implications. And when you do all of this, you’ll be more prepared to anticipate the future, navigate the obstacles and come out on the other side of change—no matter which future unfolds.

Want to learn more about Future Fluency and translating change into strategic advantage? Visit our Covid-19 Response Hub, or reach out to Valerie via email.