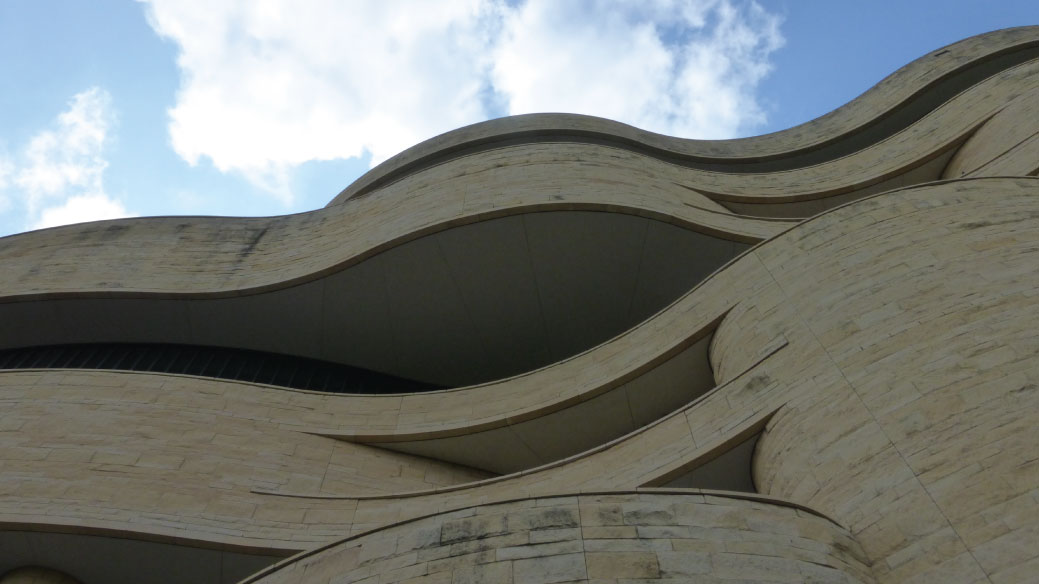 Read her excerpt: The Future of Urban Change.

As designers, we are responsible for creating goods, services, spaces and structures that may not become realities for several years. The world can change a lot in that time, resulting in significant shifts in consumer desires and expectations. If we design against only what we know from the past or the present, what we end up with in one or five or ten years might be relevant for 2016 but not for 2020. That’s why trends are a necessity.

Trends are data from the future. But if you look closely, their seeds are present now. In the words of visionary science fiction author William Gibson, “The future is already here, it’s just not evenly distributed.” As a trend forecaster, my job is to understand which of today’s “seeds” will grow into important “plants” by the time our work hits the market—then counsel my clients on how to activate on those insights. Because what you do with trends is way more important than the trends themselves.

I like to define a trend as a shift from something to something else. And today, people are one of the biggest driving forces of those shifts. They’re more empowered and more emboldened than ever, and have become a real force of disruption in many industries. That’s why we have to take consumer trends so seriously.

At LPK, we have a socio-cultural trend model that tracks the forces of change and how they are reflected in consumer emotions, behaviors, attitudes and values. It serves as a framework for research and discovery, enabling us to deepen our understanding of consumer desires. By uncovering what people want to do or become in the future, we can design for a world that is yet to exist.

In the past, people recognized—even blindly accepted—the limitations of time, production and manufacturing capabilities. But today we’re faced with a consumer expectation that they can have exactly what they want at any moment in time. It’s almost like spontaneous need/instantaneous production. This has been driven by the democratization of knowledge, global connectivity, always-on lifestyles and pent-up demand coming out of an era of austerity. It has manifested in the disruption of all types of products, services and even business models. Not only do we see it in the startup/entrepreneurial/maker culture, but also in the level of customization being offered to consumers today.

For example, with the combination of Uber and Spotify, consumers can now backseat DJ their Uber experience. Or they can pick a playlist that Uber has curated to celebrate the city that they’re in. Basically, the experience is designed to make it feel even more like it’s your car, not someone else’s.

Or how about the MINK personal 3D makeup printer, a concept that allows users to choose any color imaginable and then print out makeup in that hue? Just snap a photo of a shade you like and—within minutes—print a shadow or gloss in the exact color, with cosmetic-grade, FDA-approved “ink.” Imagine a world where people have access to a cosmetics store right at their fingertips, in the comfort of their own homes—a world where mass customization meets instant gratification.

But what does this desire for highly individualistic and blatantly expressive experiences mean in a field where designs are developed for simultaneous use by numerous people? How can urban design empower each person to have exactly what they want, when they want it, regardless of the desires of others—fulfilling the wishes of a mass of unique individuals? I think that’s an interesting provocation for architectural spaces.

In the past, consumers viewed technology as gadgets—lifestyle additions that, although powerful and useful, were merely physical accessories, completely separate from their beings. But now we’re seeing a shift where technology is viewed as an intelligent extension of ourselves—smart, proactive and seamlessly integrated into our everyday objects (and eventually, into us). One of the things driving this is the neurological impact of our devices. Neuroimaging, or brain mapping, studies have shown that we actually fall in love with our devices the exact same way we fall in love with people. Imagine the implications when people are literally in love with their house, their environment or their refrigerator!

In his book Enchanted Objects, MIT Media Lab Scientist David Rose envisions a future that moves away from “glass slabs”—smartphones, tablets, touchscreens on every conceivable surface—toward technology that combines itself with the everyday objects that make up the background of our lives. The result is a future that doesn’t outwardly look that sci-fi and different, but instead looks like a world where objects are inherently smart but look “normal.” For example, an umbrella that looks like one you could buy today, but it’s embedded with sensors and chips that read your physical movements and sync with your smartphone. It knows the weather forecast and knows when you’re nearby, so it blinks at you to remind you to carry it as you’re getting ready to leave the house.

Another place I’m seeing the simplified lifestyle trend manifest is with the launch of secure, low-power wireless networks for the home and its connected products. Google’s Nest, the smart thermostat, recently entered into a partnership with Samsung and five other businesses to create a venture called Thread. It’s an in-home wireless network that will be designed into products like Bluetooth is today. And since it’s low-power, consumers won’t have to worry about excessive battery drain when all of their devices and objects are connected. I really think that this is what is going to enable the next step of the smart home, where devices—everything from thermostats to garage doors to toothbrushes to beds—collect data, learn your habits, proactively make changes and give you feedback on how to improve your lifestyle.

So what does this idea of smart systems being embedded within a building mean for the building itself? How does a network of intelligent objects change the requirements—or the potential—of the structure in which they’re housed? These are all things we need to consider when envisioning the future of cities.

I think we’re witnessing a shift in consumer lifestyle values from the American Dream—ownership, excess, carefree consumption—to a desire for collective and smart solutions capable of embracing the ideals of sustainable modern living.

We have to do this. The reasons are staring us in the face—from expanding populations and global consumption to the speed of urbanization (60 percent of the global population will be living in cities by 2030). Armed with advancements in environmental technology, urban agriculture/engineering and a tech-enabled ability to connect individuals for a common good, our cities are starting to see more crowd-driven solutions and resourceful tweaks to existing structures.

One example is the CityCar, a zero-emissions electric concept car developed by the MIT City Science Initiative. Designed to fold up buggy style when parked, it would allow crowded cities to reclaim valuable real estate by fitting three vehicles into one parking space. Similar to city-run bike-share programs, the cars would be parked at charging stations around town and available for use by anyone at any time. While never commercially produced, it represents a really unique solution for shared vehicles in response to urban density.

Now think about a future where we have CityCars you can check out—and they’re autonomous. This could radically reshape urban design, from the power sources needed to support them to the infrastructure tweaks necessary to accommodate them. How will architects design for this?

Then there is the Sainsbury’s supermarket in the United Kingdom that took itself completely off the national grid and now runs purely on power generated by its own food waste. This is just one structure; but as the world continues to explore more sustainable energy sources, we must consider what a large-scale change to how we generate power might mean to the future of infrastructure, as well as urban and architectural design.

When I bring together these three themes—dynamic personalization, simplified lifestyle and sustainable resourcefulness—as well as others from our trend model, I’m able to project two distinctly different views of future cities.

One is a “me-centric” urbanity characterized by convenience, adaptability, speed and 24/7 connection. It’s a world fueled by chaotic energy and constant reinvention in which an individual is in control of his or her destiny. Leveraging ever-present technology, the environment actually responds to individuals, rapidly adapting to their needs and demands. I think this is a world where there will be performance architecture—and it will be very much influenced by a pop-up mentality. Not just pop-up retail, but pop-up anything, services and businesses will literally pop up and then go away. It will be enhanced by flash communities, and I think that spaces and environments will need to reflect people’s desires in the moment and be able to spontaneously and instantaneously change.

On the other end of the spectrum, we’ve envisioned a world that is “we-centric.” It is about fluidity, synergy and more human connectedness. I think the key in this vision of the future is that there’s a much more communitarian approach to city living. It leverages advancements in environmental technology, urban agriculture and sophisticated engineering. But it’s a world where the technology is very discreet. Inhabitants thrive on communal networks, and systems exist to enhance and encourage these networks to form. It’s a synergistic world in which we honor our human connectivity.

These are just two scenarios of future cities that I see based on the trends presented. What worlds do you see coming to bear? What are some of the seeds of the future taking shape in your cities today? What shifts in values or beliefs are you noticing that might be pointing to what’s next? The more you take these shifts into consideration, the better poised you’ll be to capitalize on the unfolding future.

This content originally appeared under the title, “The Future of Urban Change” in the May/June 2016 issue of DesignIntelligence, May/June 2016, pp. 50–54. (PDF)

LPK Chief Insight & Innovation Officer Valerie Jacobs’ trend work is grounded in a strategic approach that incorporates research, analysis and translation of data into actionable strategies for consumer brands with the nerve to keep up. Follow Val on Twitter at @futureglimmer or email her at valerie.jacobs@lpk.com.