Block by block, installations from global artists light up Cincinnati.

What’s more unifying than art? Nothing, says BLINK, an event that brings together creative minds from across the globe for four days of exhibition in Cincinnati. Considered one of the largest light, art and projection-mapping events in the world, this year’s BLINK featured a mix of murals, urban artscapes, interactive art and large-scale projection-mapping installations, spanning 20 city blocks from the Ohio River to Over-the-Rhine.

The whole idea
is to shift your perspective.

Among the 60-some exhibits was LPK’s takeover of historic Piatt Park—the front yard of our global headquarters—featuring a mix of light, sculptures and illustration. Entitled The Seen & Unseen, the piece invited visitors to discover “hidden worlds” on their own terms—uncovering interconnections in places that typically feel entirely disparate.

“We wanted to create the world that lives beneath our world,” says Eric Sillies, Design Director at LPK, who helped lead the creation of a 90-foot mural along the park’s grounds. “The whole idea is to shift your perspective, as if there is something going on beneath the ground that we’ve been unaware of—until now.” 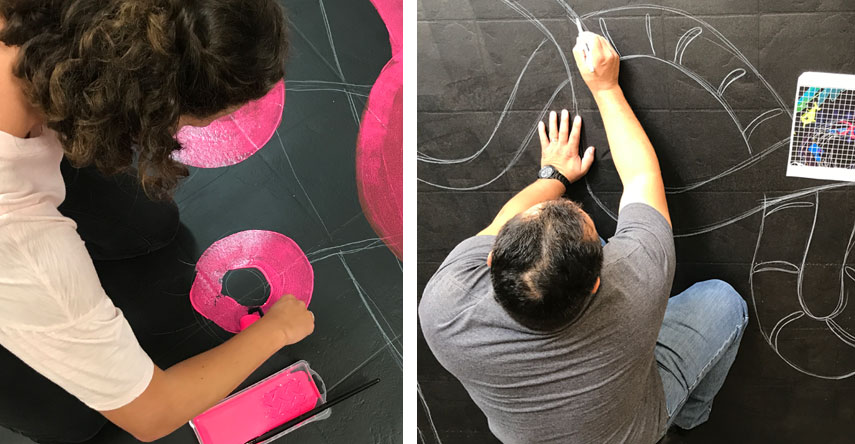 This year’s BLINK roster of participants included renowned artists from Sydney, London and New York City, as well as jury-selected exhibitors like LPK.

For more on BLINK and a complete map of exhibits, visit blinkcincinnati.com.

With ambitious plans for regional growth, Source Cincinnati teams with LPK to tell a compelling new story about the Cincinnati region.

IASDR 2017, a forum on design research and creativity, united design thought leaders and students from across the globe in Cincinnati.

Read More
Do NOT follow this link or you will be banned from the site!